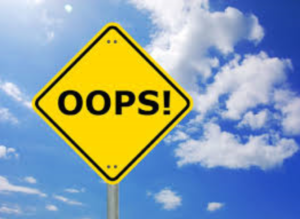 One of my favorite TV shows growing up was “Happy Days”, and like most teenage males, the character I admired the most was Arthur Fonzarali aka “The Fonz.” While he was the epitome of cool, he did have one serious character flaw- he could never admit he was wrong. He could never bring himself to say “I am sorry.” The truth is, many of us find it difficult to say those words. As a result, our relationships suffer. Marriages are strained, friendships are lost, and professional relationships are negatively impacted because we can’t bring ourselves to honestly express those short but powerful words that convey how sorry we are for what we have contributed to creating the conflict.

Nothing reduces conflict and resolves disputes like an honest and sincere apology. When done properly and expressed sincerely, an apology can go a long way in restoring trust and rebuilding relationships that have been damaged. But, I have also observed that an apology that is poorly phrased or comes across as insincere actually makes things worse. Feelings are hurt, emotions intensify, and the frustration level goes up. At some point in time, every one of us is going to find ourselves in the uncomfortable position where we need to step up and apologize to another person for something we have said or done. When that happens, we need to make sure that what we say and how we say it provides the best shot at accomplishing the intended goal of repairing a damaged relationship.

So, when that time comes, we would do well to remember what I call the 6 A’s of a Good Apology:

When you become aware of the fact that something you have said or done has negatively impacted the relationship, take the initiative, and go first. There are countless stories of conflicts between friends or family members that have been dragged on for years; all because each of the parties was waiting for the other to make the first move. Taking the initiative is not admitting defeat, it is actually a testimony to the strength of your character and a way of demonstrating that you are willing to take responsibility for repairing the relationship.

Saying “I am sorry if I have done anything to hurt you” isn’t a true apology. These words actually nullify your apology and will likely come across as an attempt to shift blame or avoid taking responsibility for your actions. The phrase “I am sorry, but...” is simply a thinly disguised attempt at justifying your inappropriate behavior.

3. Admit what you have done wrong.

Admit what you have done wrong. Be specific about the behavior or actions that you are apologizing for. The more specific the apology, the greater the likelihood that it will have its desired effect. When we are specific, the other party sees that we understand what we have contributed to the problem, and are more likely to acknowledge their own contributions to the problem.

4. Acknowledge the hurt or the negative consequences that you have caused by what you have said or done.

It is one thing to admit that we have messed up, but an apology is even more meaningful when we make a point of communicating that we have seriously considered how our actions or words have impacted the other party. Let’s say you are 15 minutes late for an important meeting. Saying “I am sorry I am late.” is the normal (expected) response. But the apology carries even more weight and is more likely to alleviate the underlying frustration the other person is feeling when you say “I am sorry I am late. I understand that your time is valuable and I apologize for not respecting that. ”

There are times when it is appropriate and necessary to specifically ask for the other party’s forgiveness. When our actions have impacted another party personally, or have had serious ramifications, we owe it to the offended party to specifically ask for their forgiveness. When we say “Will you forgive me?” we are acknowledging the offended party’s right to process what has happened on their terms and on their timetable.

Every sincere apology should mark the beginning of a change of behavior. An apology is not only a way of saying “I am sorry for what I did” but also conveys “I understand this was wrong/unacceptable/inconsiderate, and this will not happen again!” On the other hand, when we find ourselves repeatedly apologizing for the same offense, our words soon lack credibility and the often-repeated apology means little if anything. A sincere apology marks the beginning of a new day and a new way!